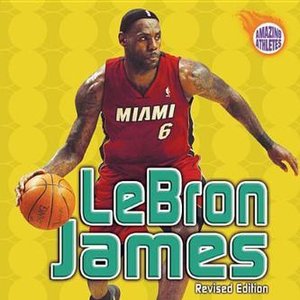 As the crowd roars, Lebron James drives down the court and leaps into the air it's a slam dunk NBA's number one draft pick in 2003 and Rookie of the Year in 2004, James is one of the youngest and most skilled players in the NBA. With a talent compared to Michael Jordan's, the Cleveland Cavaliers star has appeared on the cover of Sports Illustrated, has had his high school jersey retired, and signed a ninety-million-dollar contract with Nike: his future is truly bright.